The webView2Demo demo program illustrates how to use the Microsoft Edge webView2 control. 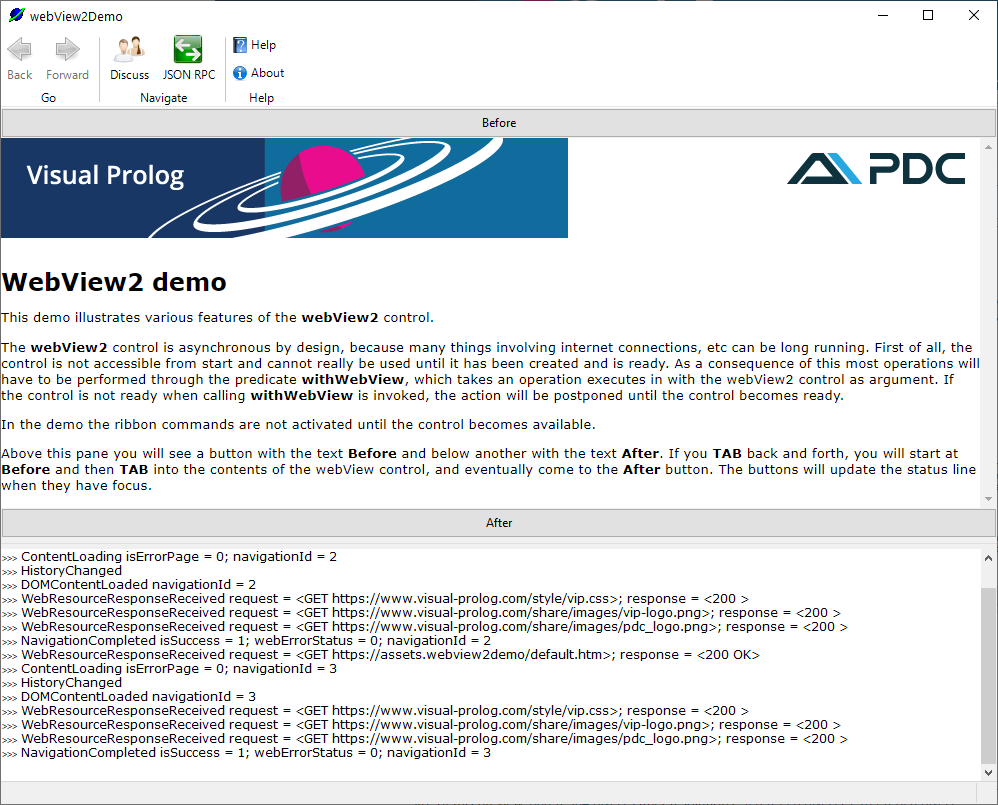 The demo illustrates various features of the webView2control.

The webView2Control is asynchronous by design, because many things involving internet connections, etc can be long running. First of all, the control is not accessible from start and cannot really be used until it has been created and is ready. As a consequence of this most operations will have to be performed through the predicate withWebView, which takes an operation executes it with the webView2 control as argument. If the control is not ready when calling withWebView is invoked, the action will be postponed until the control becomes ready.

In the demo the ribbon commands are not activated until the control becomes available.

Above the webview2Control there is a button with the text Before and below another with the text After. If you TAB back and forth, you will start at Before and then TAB into the contents of the webView control, and eventually come to the After button. The buttons will update the status line when they have focus.

setVirtualHostNameToFolderMapping is a nice feature which makes it possible to map local files to a virtual host:

With this mapping, the following navigation:

will navigate to the file ..\assets\default.htm (relative to the demo executable). Files within that folder can reference each other using relative paths, so those files do not need to reference: